You see silhouettes of men and women standing and sitting in a darkened room with a partial fade to a running reel-to-reel tape recorder briefly superimposed over the scene. Announcer Joel Crager says, "You are about to see and hear the reenactment of sessions of group psychoanalysis which actually took place and were recorded. The men and women know each other only by first names. Their parts, and that of the psychoanalyst, are played by actors. The actual people involved have consented to this portrayal. Names have been changed to protect their identities. What they say may sometimes embarrass or even shock you. But only by speaking frankly can they help themselves and each other and perhaps also find the Road to Reality."

Close: "You have seen and heard a reenactment of a session of group psychoanalysis which actually took place and was recorded. . . Everyday, Monday through Friday, we'll follow these people in their efforts to solve their problems. That is the theme of Road to Reality.

This was the first daily serial to have a pop-rock vocal theme (". . .Say you'll be my girl and we'll show the world we're Never Too Young"). It was also one of the few pre-1970s soaps to have an opening featuring snapshots of the main characters' faces amidst scenes of teenagers frolicking at the beach. Also, op-art arrows in different directions keep popping up. 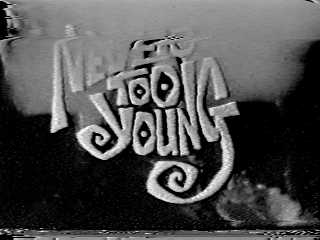 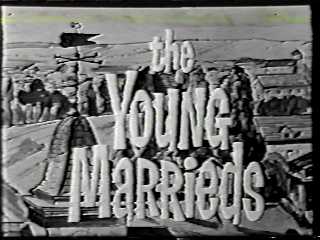 This soap featured another rarity for its time: a blues/jazz-oriented theme by played on the flute with piano and brush stroke drum backing. Robert Cobert composed the theme.

The theme for the short-lived ABC daytime version was composed by Frank Lewin according to Steve Gelfand's Television Theme Recordings.

I am still seeking a description of this show's opening and closing credits, along with frame grabs from the opening of the 1965-1967 ABC Daytime version.

Flame in the Wind

I need information about the theme music and opening and closing credits of this show.

A Time for Us 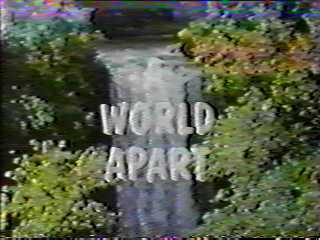 A shot of a small waterfall slowly fades to a daytime view of the New York skyline via New York Harbor. Wladimir Selinsky theme is a bittersweet romantic waltz with prominent electric "pop" harpsichord backing.

The Best of Everything

The theme music was by Laurence Rosenthal and James Lipton.

According to a Variety review, the show's theme was vivid and piano dominated. I recently received an e-mail from a fan who remembered the following about this show's theme music:

. . .On the 9-7-70 program, the program's theme was vocalized with complete lyrics in a nightclub sequence. The chanteuse was introduced as a "Miss Connie Eaton."

As for the opening and closing visuals, they featured seagulls flying against a cloud-filled daytime beach sky.