All My Children is one of the most highly acclaimed, not to mention most cherished, daytime drama serials ABC has ever aired. Within the framework of a traditional family drama soap, Agnes Nixon has created a show that incorporates young love, relevant social issues, and high comedy. 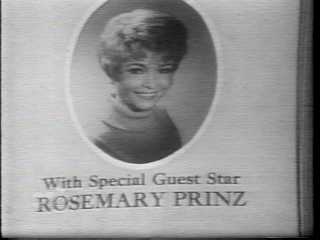 The original main title sequence played up the classic traditional soap opera angle. The camera slowly zooms in on a leather-bound family album, and a woman's hand opens the book to reveal the title of the show in old fashioned Uncial calligraphic style lettering. During the first six months of All My Children's run, the woman's hand turned the page a second time to a photo of Rosemary Prinz, who as Amy Tyler was that show's "Special Guest Star."

After Rosemary Prinz left All My Children, the opening was shortened to just the shot of the woman's hand opening the family album to the page containing the title of the show. That title page now had a small sprig of flowers drawing in the upper right-hand corner that wasn't there in early 1970. This version of the opening would last until the end of 1989.

The original theme music was composed by Dina Dore Paul (Charles' wife) and her daughter Carlina. From 1970 to 1976, the opening arrangement of the theme was in E major with a melody carried by a solo flute accompanied by acoustic guitar and a small string ensemble. In 1976, the arrangement changed to a full orchestral setting in F major. 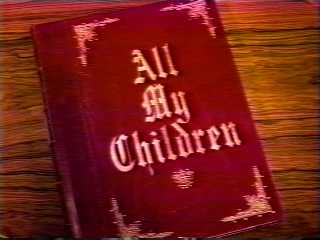 All My Children was in a bad ratings slump in the spring of 1989, and it was also coming under fire for not contemporizing its cue and theme music enough. Even with four different primary composers during AMC's first twenty years--one for every five years of the show's run--the incidental music didn't jump on the pop-rock bandwagon as much as other soaps in the 1980s.

Enter new executive producer Felecia Minei Behr. She would be the one who would retire one of the longest-running theme/logo packages in daytime history in favor of a more contemporary look.

The new theme/logo package for All My Children debuted on January 2, 1990, just in time for the show's twentieth anniversary that week. Billy Barber and Bob Israel composed the new theme, an upbeat number in E-flat major. It starts quietly with a rather perky piano solo, then advances to a "hot licks" saxophone lead backed by electric guitars, strings and synthesizer.

The visual sequence has the camera traveling over tables filled with photographs of each cast member. The last photo is that of Susan Lucci (Erica), and that picture takes its place on the front page of the family album, which then closes to reveal the title of the show in modified Old English Gothic lettering. A forerunner of this 1990 opening was used as a closing "beauty shot" for a mid-1980s AMC episode. 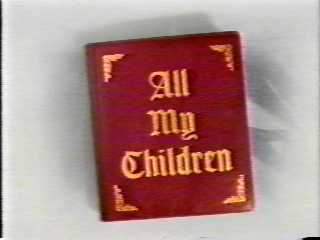 All My Children once again changed its opening in time for its 25th anniversary in January 1995. Felecia Minei Behr was still the executive producer, and she decided to expand on the theme of the 1990-1994 opening by adding shots of family heirlooms, house exteriors, and room interiors. Those additional shots, which were in black and white and filtered for a washed out effect, served as backdrops for mostly vignette headshots of each main cast member, starting with Susan Lucci (Erica). Near the end of the sequence, we see a glimpse of Agnes Nixon's handwritten epigram for the show (. . ."you are all my children"). In July 1996, the headshot stills of the cast members were replaced by full motion poses shot specifically for the opening.

Jazz pianist David Benoit composed the new theme music, which debuted in January 1995. It is in the G major key and is as perky and effervescent as the 1990-1994 theme. It also shares in common with the 1990-1994 theme the saxophone hot licks. From the summer of 1997 to the summer of 1998, a quieter non-percussive arrangement of the theme was used over the opening. However, the "hot licks" would be back by August 1998. Plus, the opening version now included parts of the end credits version.

In the fall of 2002, All My Children did something that was almost unprecedented in the soap world: it returned to its 1990 to 1994 theme music with an updated arrangement.  The new opening sequence features the names of the characters accompanying their pictures.  Also, as was the case in the 1990 to 1994 opening, the last picture is that of Susan Lucci as Erica.

During the May 2004 sweeps, ABC Daytime began a significant re-branding process. New graphics and new promotional bumpers were created, and the visuals in the new promos were incorporated into new openings that were unveiled on all three ABC soaps in subsequent weeks.  The new All My Children opening, which debuted on May 31, 2004, features a remixed version of the 1990 AMC theme music plus new character shots that were done mostly against dark backgrounds. The new sequence begins with a photo of a young Erica, followed by vintage character photos.  Afterward comes a procession of shots of all the current cast members.  It’s quite interesting how this new opening both begins and ends with Erica. The new wordmark logo for the show is in a fancy script typeface that represents a break from AMC tradition, and the name of the show is presented straight across the cover of the family album.

For most of its history, All My Children's end credits ran over a "beauty shot." This is a mimed scene that is related to what went on during that day's episode. Often the characters are speaking in these beauty shots, but the viewer cannot hear the dialogue. The end credit lettering was set in Clarendon Bold from 1970 until at least September 1978. Sometime in 1982, the end credit lettering changed to a Helvetica (for production titles and character names)/Britannic Bold (for actor/staff names) combo and remained that way until March 1996. Since March 1996, Windsor type has been used for AMC's end credits, which by then had dropped the beauty shot in favor of stills from that day's episode.

Starting the week of September 20-24, 1999, all the ABC soaps used a generic standard end credits format in which the producer, director and writers were credited on separate cards in the black "letterbox" portion of a screen bordered on the top and bottom in yellow. Then the cast and below-the-line production crew would be listed on the left third of the screen in black lightweight Futura Condensed type against a yellow background as network promos take over the remainder of the screen. SoapNet's rebroadcasts of All My Children, however, show the credits flashing over the opening logo shot of the leather bound family album against a white background (yellowish background since fall 2002).

In August 2004, All My Children changed its end credit lettering from the Windsor font it had used since 1996 to a plain generic Arial-like font used for the producer, writer, and director credits on all the ABC soaps.  Furthermore, the end credits are now presented at the bottom of the screen below the show’s title logo a la end credits of the final years of The Edge of Night.

Here is one All My Children website you can visit:

The AMC Pages at http://www.soapcentral.com/amc/index.html