There have not been many daily soap operas away from the three old-line major broadcast networks (CBS, NBC, and ABC), but since the 1960s there have been numerous attempts at making the soap opera genre successful in syndication and on basic cable.

In the opening you imagine yourself in a car driving into the town of Scarlett Hill. You see the town from the point of view of the front windshield of that car. The title of the show is set in the Mistral script typeface, while the episode titles and end credits are in Futura Bold. 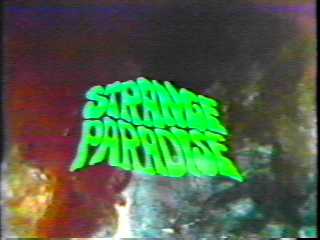 This show's main title has a couple unusual features: an abstract psychedelic "Lava lamp" visual of swirling colors and a scary ostinato-like theme played on flutes, bongos, and Moog synthesizer.

I need information on this show's opening visuals and theme music. 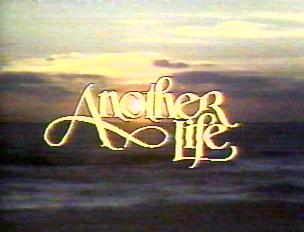 , advertised as the "soap with hope," was produced by the Christian Broadcasting Network (CBN) and aired both on the CBN Cable Network and in broadcast syndication from June 1, 1981 to October 5, 1984. During its first seven months on the air, Another Life had a rather staid and traditional opening shot of a beach at sunrise.

Brent Havens, who was the music director of CBN's signature show, The 700 Club, composed the theme music. The original opening and closing arrangement consisted of a trumpet solo backed by quietly played strings and a Fender Rhodes electric piano, which was a frequently used instrument in the show's music cues. 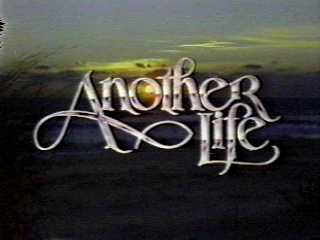 At the beginning of 1982, Another Life tried to better compete with the network soaps by introducing a new, jazzier opening with dramatic scenes from the show and close-up shots of all the main characters. At the end of the montage, a shot of Terry Davidson (Mary Jean Feton) dissolves into the shot of the beach at sunrise from the original opening. A "hotlicks" version of Brent Havens' theme music was used for the 1982 to 1984 opening, but the quiet original arrangement continued to be used for the end credits, which featured stills from that day's episode.

Here are a couple frame grabs from the 1982-1984 opening, courtesy of Chuck Snitchler:

Every episode of Young Lives opened and closed with split screen shots of telephone conversations among some of the teenaged principals. This was followed by an upbeat opening with a vocal theme by Doug Dutton extolling the joys and tribulations of being young and a series of clips from the show featuring the main characters. The close of the show featured a slower flute solo version of the opening theme.

Theme data is as follows:

During its first few months on the air, The Catlins opened with panoramic shots of Atlanta, Georgia and its environs followed by a series of snapshots of the actors playing the Catlins--all arranged in a pyramid superimposed over a stately Southern mansion. The title of the show then appeared in Old West style lettering.

Within a year, New York soap opera veterans had replaced most of the Atlanta-based actors playing the Catlins. Thus a new opening which kept the panoramic Atlanta montage but left out the headshots of the Catlin family members was introduced. John Barbe composed the theme song.

This show opened with a helicopter shot panoramic view of the town in which the story took place. I believe the opening was shot in North Carolina.

As I recall, this show had a fast-paced hiphoppish rock theme accompanied by shots of the teenaged main characters.

The Swans Crossing was in a techno/hiphop mode and featured a pop vocal ("Gotta Grow Up Sometime") and a series of clips from the show. Following the first episode, a complete version of the theme was presented as a music video.

There are a couple websites devoted to Swans Crossing