According to the Dark Shadows Almanac, the opening of the show was shot on location in the seaport village of Essex, CT and at the Seaview Terrace estate in Newport, Rhode Island. 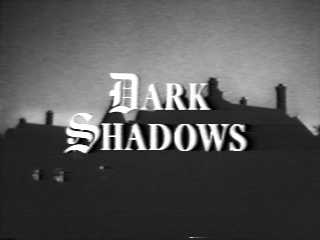 The following basic sequence was used throughout the entire five-year run of Dark Shadows: the sight of waves crashing on the rocky New England shoreline dissolves to a shot of the sprawling Collinwood mansion at around sunset. In the black and white version, the title of the show remained stationary at the center of the screen throughout the opening sequence. 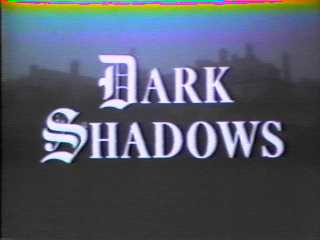 In the color version, however, the title of the show twists and turns, as if blown in by the winds and crashing waves, before freezing in pace at the center of the screen. That twisting effect was probably created by someone twisting and waving the title card cell in front of a camera.

In both versions of the opening, there is a mixture of typestyles. The D and the S are in Old English, while the remaining letters in the title words are in Caslon Bold Condensed.

Dark Shadows differed from most soaps in that every actor who appeared in that day's episode was listed at the beginning of the end credit sequence, each actor on a separate card, followed by the producer and that day's director and writer. Most soaps of the time usually only ran the cast credits once a week in one long crawl that included everybody.

Some Dark Shadows websites you can visit: