ONE LIFE TO LIVE

One Life to Live was one of the first soaps to regularly tackle social issues.

Part One: The Early Years

When One Life to Live premiered on July 15, 1968, its opening logo was a close-up shot of sparks of flame in a fireplace as the title of the show came at us from the top of the screen. The title is in white Clarendon Bold type. This opening visual was rather short-lived and was replaced by a mountaintop sunrise visual. 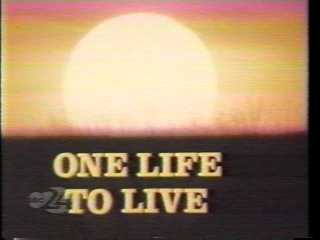 We get a mountaintop view of a big reddish-orange sun as it slowly starts rising in the rather dark sky. The title of the show appears from the bottom of the screen in white (later yellow?) Clarendon bold type

The opening theme song during the first seven years of OLTL was a rather grandiose orchestral piece in A major composed by Charles Paul. In April 1975, Mr. Paul's theme was replaced by another orchestral theme by Jack Urbont. The original Eb Major version of the Urbont theme is more brass and horn-dominated than the Charles Paul theme.

I don't know when the "fireplace" opening gave way to the mountaintop sunrise of One Life to Live's glory years, nor is there much of a way to verify exact dates for these openings since few OLTL episodes from before 1980 exist for study. However, the Urbont theme/ original sunrise opening combo lasted until probably the end of 1979.

End titles featured a "beauty shot," in which one would see an empty set or an improvised mimed scene between a couple characters who were in that day's episode. Then the credits would run, usually set on the left side of the screen. End credits lettering was Clarendon Bold until the late 1970s, then Beton Bold in 1978, then large futuristic Bauhaus-influenced type from about 1980 to Summer 1983, then finally large white letters that were a cross between Franklin Gothic and Ad-Lib (Batman television series episode credits).

Around the beginning of 1980, OLTL changed its sunrise opening to a longer brighter sequence. It begins with a more distant view of the sun rising over the mountaintop, followed by shots of birds flying, a close-up of the sun, then finally a blue sky with clouds. The title of the show appeared in elegant black capital letters straight across the screen. 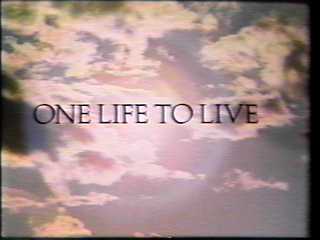 A new F major key arrangement of the Urbont One Life to Live theme was used for this expanded opening. It begins with a harmonica taking up the melody over the sunrise portion, followed by a slow instrumental buildup as the melody progresses. The end credits continued to use the original 1975 Eb Major arrangement.

This particular main and end title setup, which was associated with OLTL's (and ABC Daytime's) high-rated glory years of the early 1980s, lasted until Friday, December 14, 1984.

One Life to Live went into a lengthy ratings slump during the 1983/84 season. Jean Arley, in her final weeks as OLTL's producer, tried to remedy that situation by bringing in younger characters (i.e. the O'Neill sisters), speeding up the pacing of individual scenes, and gradually replacing Jack Urbont's music cues with rock-flavored arrangements by Elliot Lawrence Productions.  Yet this was just the beginning of the first significant cosmetic overhaul in the then sixteen-year history of that soap.

Paul Rauch became OLTL's executive producer in August 1984, and he introduced some changes of his own. The most noticeable was a new opening on Monday, December 17, 1984. 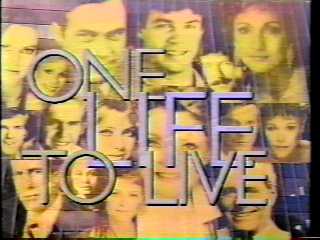 Gone were the sunrise images of the early years. The new opening, designed by Wayne Fitzgerald, opens with a view of two bridges crossing over a river to "Llanview," followed by tinted, posterized photos of each cast member of OLTL superimposed over shots of the buildings, sights and landmarks of Llanview. This is climaxed by all the photos being arranged on a skyscraper as the title appears in Avant Garde Book type in a non-traditional arrangement. The words of the title were originally in different bright colors such as light blue and yellow.

The entire sequence was edited to fit a new upbeat synthi-pop theme by Dave Grusin, a theme that incorporated the perky vibrancy of Paul Rauch's new-look One Life to Live of 1984/85. During the first couple weeks of this theme's run, it was done in a rather spare synthesizer arrangement backed only by bass, electric guitar and drums. Then there was a switch to a full orchestral arrangement that maintained the synthi-pop sound and feel of the December 1984 version. Trumpets double the synthesizer melody.

Linda Gottlieb became OLTL's executive producer in the summer of 1991 and immediately set out to redefine the show for the 1990s. On January 2, 1992, she unveiled a new more stylized opening that played up the romantic angle she wanted to emphasize.

The new opening visuals told, in a condensed form, a love story using the elements of a heroine, Mr. Wrong and Mr. Right. When Mr. Right comes in, there are visions of romantic bliss: champagne uncorked, a baby, etc. Prominently featured in the opening and closing visuals are swirling, windswept satin sheets.

The theme music by Lee Holdridge was in a New Age-influenced arrangement. It starts with a quiet melody played on a synthesizer made to sound like pan pipes, then swells into a lush string-laden climax played by a 28-piece orchestra. 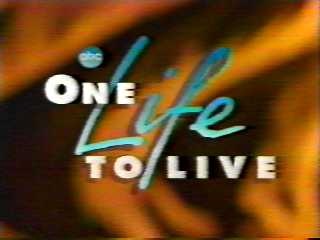 This opening/closing sequence lasted until November 17, 1995.

Susan Bedsow Horgan, who was OLTL's executive producer from the summer of 1994 to the end of 1996, decided that she wanted to bring back elements of the show's 1984 to 1991 opening. To that end, she had Pittard-Fitzgerald-Sullivan create a very active new opening/closing visual sequence and asked Lee Holdridge and David Nichtern to compose a new, more upbeat theme song.

The current opening is a slick fast-cutting sequence which combines posterized video headshots of each contract player and tinted action clips from the show and superimposes them over shots of landmarks and city scenes. As for the accompanying theme music, it is in the G-Major key and has a driving drumbeat and a melody carried mostly by high-pitched electric guitars. There is also a quiet piano version used for Christmas.  During the 2002-2003 season, the characters’ names were added to the opening main title visuals. 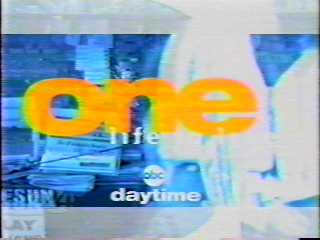 During the May 2004 sweeps, ABC Daytime began a significant re-branding process. New graphics and new promotional bumpers were created, and the visuals in the new promos were incorporated into new openings that were unveiled on all three ABC soaps in subsequent weeks.  The new One Life to Live opening, which debuted on June 14, 2004, features a remixed version of the 1995 OLTL theme music plus new character shots that were done mostly against dark backgrounds.  The new wordmark logo for the show is in the Futura Bold typeface, and the name of the show is presented straight across the screen over the show’s initials, OLTL.

During the week of September 20, 2004, ABC changed the lettering style of the end credits run during SoapNet rebroadcasts of OLTL.  The end credits are now in the same generic sans serif font used for the producer, writer and director credits at the beginning of the show.  (All My Children made a similar change in its end credit lettering in August, changing from the Windsor font to an Arial-like font.)

Here are a few One Life to Live websites you can visit:

One Life to Live History Pages at http://www.geocities.com/Hollywood/Academy/6053/index.html