This soap only lasted just a few days short of three years, and it wasn't a huge ratings success in the United States, but Sunset Beach had a loyal following among younger fans. It also became one of several more recent soaps (i.e. Santa Barbara) to have achieved great popularity overseas. 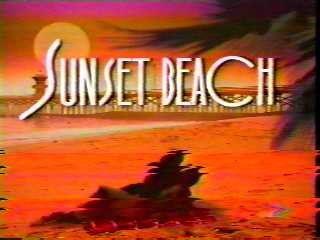 The first Sunset Beach opening sequence consisted of a series of black and white video portraits of the contract players framed against the darkening sunset sky. The sequence ended with a shot of a couple making love on the beach as the title logo appeared in Organda Bold type. The accompanying theme song was a sultry saxophone piece by Tim Truman. This opening only lasted until early August 1997. 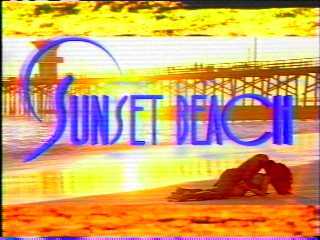 A much more colorful opening visual sequence debuted on Monday, August 4, 1997. Again there were video portraits of each contract player, but the clips were now in color and were blended with the background beach visuals via crossfading. Sometimes, two or more character portraits appeared onscreen simultaneously. The final shot of the lovemaking couple on the beach is now tinted in yellow as opposed to the predominantly dark orange and amber hues of the previous opening.

Dominic Messenger composed the new theme song, which was originally just a background cue used during the show.

Sunset Beach had an end credit crawl that raced up the screen. The end credit lettering was in Serif Gothic type. Below is a screen capture from one of the show's rapid fire "crawls:" 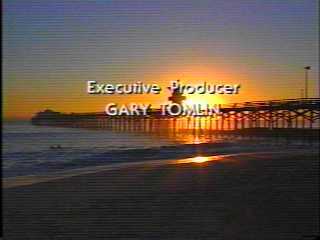 Here are links to a couple Sunset Beach websites: